Father of Vodka – Brother of Whisky

REVIVING AN ERA OF CRAFT DISTILLATION

Polugar is known as the legendary Russian bread wine, the noble father of vodka.

Pre-single column still, Russia’s version of vodka was similar to whisky; the smell and flavor reminiscent of freshly baked bread and was known as bread wine.

In 1895 Tsar Alexander III decreed to have all pot stills in Russia broken down. Distillation processes were restricted to government licensed and taxed column stills. Thus established the less nuanced spirit we know as vodka today.

The Rodionov family spearheaded a movement to restore the traditional grain spirits. Boris Rodionov, a renowned vodka historian, discovered the original recipe for the national bread wine spirit. With legislation forbidding the Polugar style of grain distillation in Russia, the Rodionov family restored an old distillery tucked away in a forest in Poland.

The Rodionov family meticulously reproduced copper pot stills from 18th century drawings. Each Polugar selection is produced in accordance with authentic recipes of Russian aristocracy in the 1700s. The bottle is designed after Queen Elizabeth’s personal snuff-bottle, circa 1745, that is on exhibit at the Russian National Museum.

POLUGAR, WHAT DOES IT MEAN?

Before the advent of alcohol meters, strength and quality were achieved by boiling two portions of the distillate together into one. The resulting alcohol content was 38.5% alc/vol.

Egg white fining is a historical technique used to achieve clarity and to enhance or correct flavor. This process is more seen in old wine making methodologies, thus tying into the name Bread Wine for this style of vodka production.

Egg whites contain the protein molecule albumen, which has a positively charged surface. The positivity of the albumen molecules attract negatively charged molecules. This is known to soften astringency, while keeping the phenols intact.

Polugar pairs well with a variety of foods: 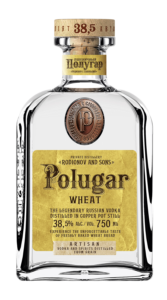 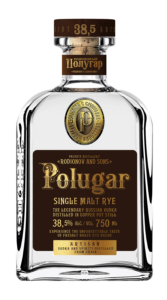 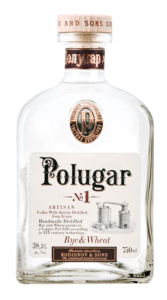 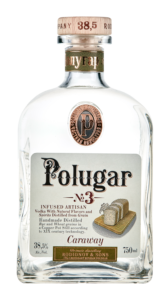 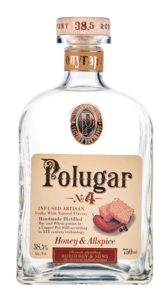