Turning Saints Into Sinners Since 1756

Casa Tres Amigos was created between three friends with a love for Mexican culture, fine foods and incredible spirits. In their search for the most heavenly of Bacanoras they found themselves in partnership with the Chacón Family, owners of Rancho El Torreoncito. A 700-hectare hacienda located in the town of Bacanora, founded in 1627 in the northern Mexican state of Sonora.

Casa Tres Amigos believe in supporting the local economy through fair trade and educational programs. For activating their values, they have partnered with the local university to teach agriculture students about small organic farming. Additionally, Casa Tres Amigos has also partnered with a nonprofit to work towards the protection of bats, which play an important role in the pollination and production health of agave.

Santo Cuviso translates as “holy bacanora.” That’s how the Jesuit missionaries referred to it back in the summer of 1756 when the Opata Indians offered it up as a healing remedy. It didn’t take long for the Jesuits to praise the benefits of a daily dose. Legend has it that they broke their bread with it religiously, certain that each and every agave plant is a gift from God.

By law, Bacanora must be produced using 100% Agave Angustifolia Haw piñas that can only be harvested in a limited number of counties in the Sonoran state.

The DO has been assigned 1 NOM for all of Bacanora, NOM- 168-SCFI-2004, but it lays out 35 municipalities for production.

The municipalities only cover 34% of Sonora and 3.1% of Mexico as a whole.

On August 8, 1915, General Plutarco Elias Calles, as governor of Sonora, enacted prohibition on Bacanora punishable by a five- year term. The general set out to eradicate Bacanora viewing the moonshine as hedonistic and immoral.

As the rise of Mezcal came into play, a movement was created to bring back Bacanora. Jesus Enriquez Burgos led the effort along with an attorney. The ban was lifted in 1992. 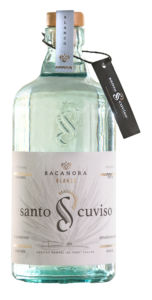 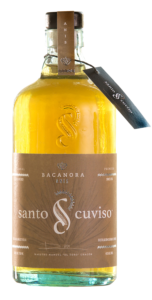 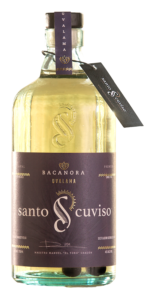