A Tribute to the Artisans of Scotland Distilleries

The Laing family has been in the whisky business for over three generations, acquiring not only a great deal of expertise, but more importantly, vast stocks of the most sought after Scotch Whisky.

Hunter Laing & Co. Ltd is a family company with an unrivaled pedigree as blenders and bottlers of the finest Scotch whisky.

Company founder Stewart H. Laing has spent nearly fifty years in the industry, learning the whisky business from the ground up, starting as an apprentice at Bruichladdich Distillery on Islay before joining his father in the export business.

Stewart started working with his father, Frederick, as a young man– first as a blender, and later as a bottler of some of the finest single cask Scotch whiskies in the market.
He traveled the world with his father selling the company’s brands until Frederick’s passing in 1982. Their Scotch blends were frequently best-sellers in their main markets of Asia and South America. In order to create those whiskies, Frederick purchased and carefully stored many hundreds of casks from distilleries all over Scotland – many of which, have sadly long since closed.

Due to the foresight of Frederick Laing, these casks are still with us. Bottled at the ideal stage of maturation; each Distiller’s Art selection is a treasure to savor.

Today, Stewart is joined by his sons, Scott and Andrew. Expert single cask bottlers in their own right, they know the importance of selecting the choicest casks for the exceptionally knowledgeable single malt consumer.

It is their collective goal that Hunter Laing & Co. Ltd continues to be one of the most respected and trusted names in the Scotch whisky market. Moreover, as Hunter Laing & Co. Ltd believe in the continuous success of Scotch whisky, the family has decided to build their first own malt whisky distillery on the iconic Ilse of Islay. Ardnahoe Distillery started production in April 2019. 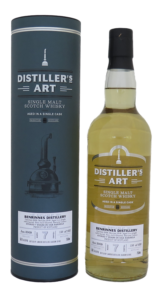 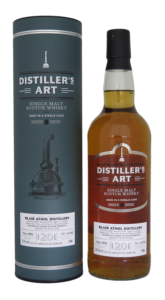 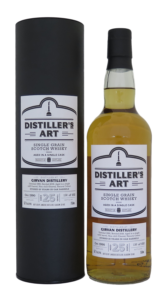 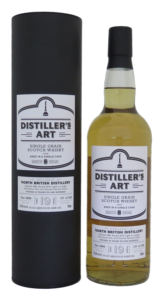